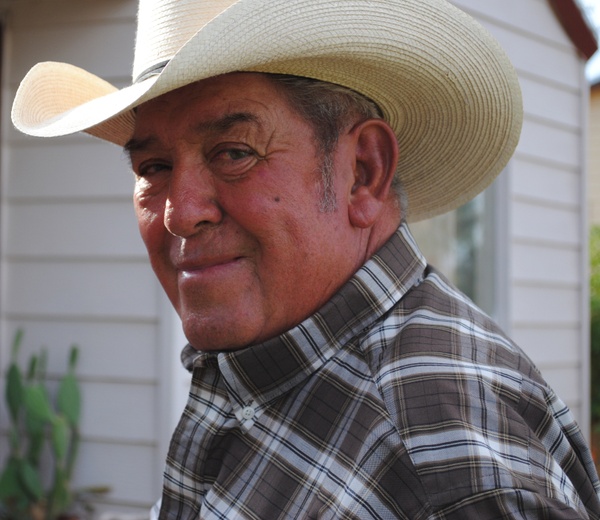 Frank was a passionate cotton farmer and worked cattle his whole life. He moved to Cone, TX with his family at the age of 15 to work on Bill Martin’s cotton farms.  In 1970, Frank got the opportunity to farm for himself near Post, TX and soon after that he began acquiring more farm and ranch land near Crosbyton, Kalgary & White River. He eventually moved his family to Abernathy in 1991 and continued farming and ranching until he retired in 2019. Frank loved being around his cattle, hunting, fishing, and having family barbeques. He loved watching his grandchildren play sports and tried to never miss any of their events. The moments cherished above all by Frank, were the ones spent with his family.

In the early morning of February 1, 2022, only days before his and Irene’s 64th wedding anniversary; Frank “Chito” Soliz was called from this earth to his eternal resting place.

Services for Mr. Soliz will be 10:00 am Tuesday, February 8, 2022, at St. Joseph Catholic Church with Father Reymundo Manriquez officiating. Burial will follow in Peaceful Gardens Memorial Park under the direction of Broadway Funeral Directors. A rosary will be held 7:00 pm Monday, February 7, 2022, in The Chapel of Broadway Funeral Directors with visitation starting at 4:00 pm.

The family would like to thank ShaRae Madewell and Tehya Griffing as well as the rest of the staff of Hospice of Lubbock, for their care and compassion given to Frank and his family during their time of need.

To order memorial trees or send flowers to the family in memory of Frank Soliz, please visit our flower store.