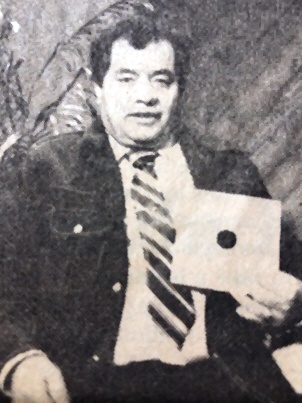 Fernando Reyna Sr. ,86, of Lubbock was born May 30, 1933 in Mexico to Amado & Juanita Reyna.  He married Maria Moreno in 1950 in Weslaco and was a faithful catholic, serving as a choir minister and even volunteering for custodial services at Our Lady of Guadalupe Catholic Church. He owned and operated Freddie’s Hauling for many years and apart from working and repairing cars, Fernando enjoyed honky-tonk music and he even had his own band named “Freddie & The Matadors.”   Above everything, Freddie loved his family and grandchildren and his memory along with the memory of his beloved wife will forever live in the hearts of those whom he loved.

Graveside services for Mr. Reyna will be 4:00 pm Friday, April 3, 2020 at Peaceful Gardens Memorial Park under the direction of Broadway Funeral Directors.

To order memorial trees or send flowers to the family in memory of Fernando Reyna Sr, please visit our flower store.