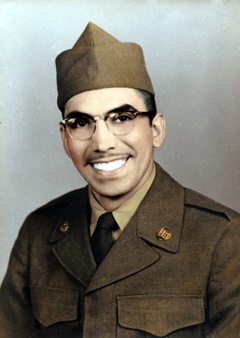 Fernando was born February 28, 1931 in Asherton, Texas to Christoval and Rafaela Garza. He worked as a lab tech most his life and spent his weekends working his farm.  He was also very skillful with his hands which helped him in making beautiful furniture for his family and friends in his spare time.

To order memorial trees or send flowers to the family in memory of Fernando Garza, please visit our flower store.