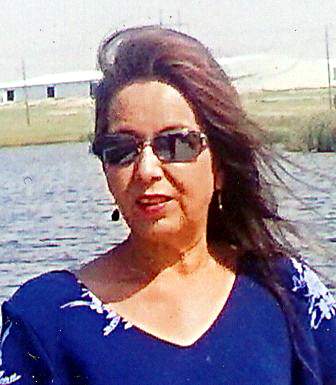 Esperanza Hope Gonzales, 59, of Lorenzo passed away Monday, December 2, 2019 in Lubbock. A memorial mass will be held 4:00 pm Wednesday, December 11, 2019 at Our Lady Queen of the Apostles located in New Deal with Father Bryan Wood officiating. Since red was Hope's favorite color; the family request that anyone attending the service to please wear red in honor of their mother.  All arrangements were made under the direction of Broadway Funeral Directors.

Hope was born September 26, 1960 in Spur to Valentino & Mary Gonzales.  She enjoyed gardening, landscaping and mainly just being outdoors. Her love for animals was known to many but her love for cats was known to all as she cared for them so dearly.  Above all, she loved spending time with her family and grandchildren.

To order memorial trees or send flowers to the family in memory of Esperanza Gonzalez, please visit our flower store.

Our Lady Queen of the Apostles