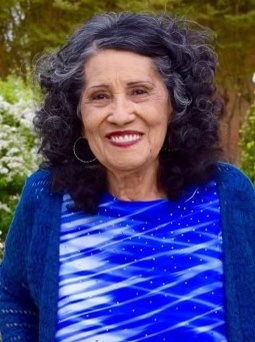 Emma Dominguez 87 was born April 8, 1933 in Lubbock to Pablo & Carmen Dominguez.  She married Ramiro Munoz in Hereford and after his passing, later married Jesus Arana in Lubbock.  She was a lifelong homemaker who enjoyed singing, dancing, and going to church.  Her grandfather was the first Hispanic Methodist Pastor in Lubbock and founded La Trinidad Methodist Church.  Above all, Emma loved spending time with her children and grandchildren.

To order memorial trees or send flowers to the family in memory of Emma Dominguez, please visit our flower store.