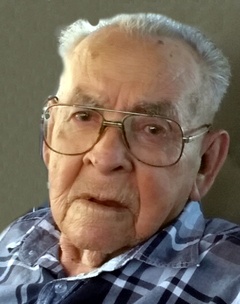 Eduardo A. Rodriguez 89, of Lubbock passed away Thursday, July 23, 2015 in his home.  Services for Mr. Rodriguez will be 10:00 am Monday, July 27, 2015 at St. Patrick’s Catholic Church with Father Cornelio Ramirez officiating.  Cremation services will follow under the direction of Broadway Funeral Directors. There will be a rosary held 7:00 pm today Saturday, July 25, 2015 at Broadway Funeral Directors. Eduardo was born September 21, 1925 in Asherton to Ascension and Guadalupe Rodriguez. He married the Isabel Rodriguez on July 25, 1958 in Gregory and worked as a farmer for most of his life.  Eduardo enjoyed the simple things in life. He was a jokester and told funny stories to make others smile and laugh. He loved to cook and had a green thumb for gardening. His greatest passion however was spending time with his family and being a grandfather. He is preceded in death by a son Adan Rodriguez; a daughter Lane Rodriguez; brothers Martin Rodriguez and Melesio Rodriguez and by a sister Panchita Flores. He is survived by his wife Isabel Rodriguez of Lubbock; A son Ascension Rodriguez of Corpus Christi; Six daughters Hela Rodriguez of Corpus Christi, Juanita Gonzalez of Lubbock, Alma Garcia of Tennessee, Cindy Gomez and Irma Guajardo both of Lubbock and Norma Contreras of San Antonio. He had numerous grandchildren, great grandchildren and great great grandchildren.

To order memorial trees or send flowers to the family in memory of Eduardo Rodriguez, please visit our flower store.