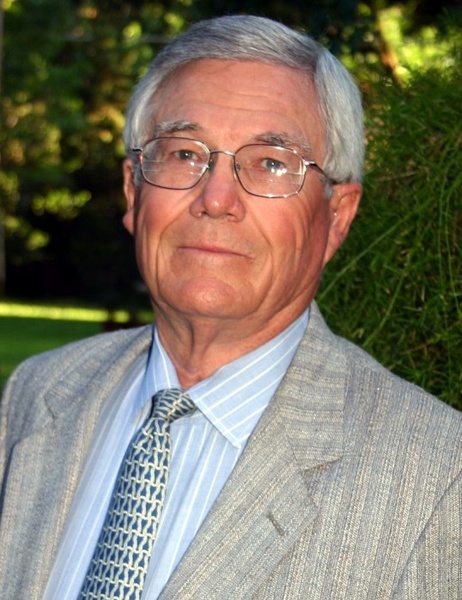 Donald Wade Nickels walked through the gates of heaven on November 17th, 2021, after a brief illness. A Celebration of his Life will be held at 10am, November 30, 2021, in the Broadway Church of Christ auditorium.  Immediately following the service, a family visitation will be held at the church.

He was born on May 7, 1935, to Lawrence Nickels and Wanda West Nickels in Portales, New Mexico. In 1954, he married his high school sweetheart, Latayne Steffey.

He is survived by his wife of 67 years, Latayne, his daughter, Leesa Nickels Hedge and her husband, Raymond Hedge of Tyler, his daughter, Dr. Melinda Beth Nickels of Lubbock, and a brother, Norris Keith Nickels of Payson, Arizona.  A brother and sister-in-law, Michael and Karla Steffey of Lubbock, nephew David Steffey and his wife, Katie of Fredericksburg and niece, Michaela Steffey Noles and her husband, Kirk of Lubbock, along with numerous “Nickels Cousins”. He was predeceased by his parents, his dear aunt and uncle, Fay and Herbert Nickels and his beloved mother and father-in-law, Katie (Memaw) and Jesse Steffey.

He attended schools in Beulah, Texas, and in Littlefield, Texas, where he graduated from High School.  He  graduated from Texas Technological College with a business degree in accounting.  He practiced public accounting in Lubbock for over 50 years, first with Edwin E. Merriman and Co., and later with Mason, Nickels, and Warner, Nickels and Mack, LLP, and finishing his career with Bolinger, Segars, Gilbert and Moss, LLP.

He was instrumental in the formation of both Shadow Hills National Bank and Platinum Bank in Lubbock, serving on the original Board of Directors for each institution.

He served the Lubbock Community in many ways, over many years.  He was a member of the Lubbock Planning and Zoning Board, South Plains Lions Club, where he served in several officer positions, including President.  He was a member and served as President of the Rush Elementary PTA and the Rush Pool Association, all for the benefit of his precious daughters and their friends.  He served many years as a Board Member, Officer and Board President of the Lubbock Council of Camp Fire Girls of America, culminating in the John Collier Award, given nationally for outstanding contributions in the field of business and finance.

Most recently, he conceived the idea of a non-profit organization, Rescue Animals Second Chance, Inc., to assist his daughter, Beth, with her passion to rescue abused and abandoned horses and dogs.  In his retirement years, he actively participated in the daily care and feeding of the animals, along with physically building and repairing fences, water wells, shelters and anything else that needed to be done.

For all the years they lived in Lubbock, Don and his wife Latayne, were active members of Broadway Church of Christ.  They were avid supporters of Texas Tech University, as an institution of higher learning, and were “fanatical” fans of all Texas Tech Athletics.  They were season ticket holders in both men’s and women’s basketball programs for over 20 years.

To order memorial trees or send flowers to the family in memory of Donald Nickels, please visit our flower store.