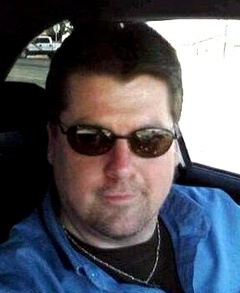 A memorial service for Donald “Don” Henry Gouge Jr. was celebrated Wednesday, June 29, 2016, at 10 AM in The Chapel at Broadway Funeral Directors.

Mr. Gouge passed away on Tuesday, June 21, 2016 at his residence. He was born on May 19, 1969 in Hugo, Oklahoma to the late Donald Sr. and Arvie Gouge. He had a passion for collecting guns, writing poetry and listening to music. He loved spending time with his family and friends.

He is preceded in death by his parents.

Those left to honor his memory, are his daughter Kiersten Gouge of Mineolla and his fiancé Shannon McIntire of Lubbock.

To order memorial trees or send flowers to the family in memory of Donald Gouge Jr., please visit our flower store.