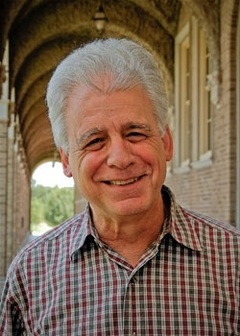 David B. Knaff, Ph.D., 74 of Lubbock passed away Wednesday, January 27, 2016 in Lubbock. Private graveside services will be at Mountain View Cemetery in Oakland, CA.  Memorial Services will be held in Lubbock at a later date.

Dr. Knaff was born June 5, 1941 in The Bronx, NY to the late Chaim and Betty Rose Knaff. He married Joyce R. Cobb on April 27, 1962 in Cambridge, MA. He earned a Bachelor of Science degree in Chemistry from the Massachusetts Institute of Technology in1962. He was awarded a Master of Science degree in 1963 and a Doctor of Philosophy degree in 1966, both in chemistry, from Yale University.  He completed a Post-doctoral Fellowship at the University of California at Berkley in 1968; and served as a Research Biochemist from 1968-1976.  He moved to Lubbock in 1976 from Berkeley, CA and began teaching at Texas Tech as an Associate Professor in the Chemistry Department. He was promoted to Professor in 1980.  In 1987 he was granted the distinguished honor of being named a Paul Whitfield Horn Professor in the Department of Chemistry and Biochemistry. He served as Chair of the Biochemistry Division of the Chemistry Department from 1980-1989. He was a visiting Senior Investigator in the Biophysics Department at State University of Leiden, The Netherlands from 1983-1984; and a Visiting Professor at the Institute of Biochemistry, University of Zurich, Switzerland from 1989-1990.  In 1990, upon returning to Texas Tech, he was named Chair of the Department of Chemistry and Biochemistry and held the position until 1996.  He was Director for the Texas Tech Institute for Biotechnology from 1988-1989 and 1994-1998; and Co-director for the Texas Tech Center for Biotechnology and Genomics from 1998-2008 and Director from 2008 until his passing.  He received many accolades during his career and authored or co-authored numerous papers and publications.  He was well-respected among his colleagues, students and friends as a generous man with a passion for teaching and research.

To order memorial trees or send flowers to the family in memory of David Knaff, Ph.D., please visit our flower store.

Services are to be announced