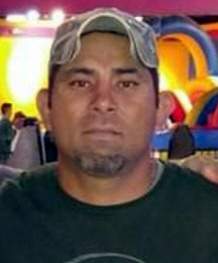 David Lee Bryant was born September 8, 1977 to Jose Ulises Bryant and Alicia Sanchez in Killeen, Texas. He grew up with three loving brothers with whom he loved playing football in high school and a sister. Straight out of high school he began working in construction and later had two children and eventually a grandson. He loved football, especially his two favorite teams, The Pittsburgh Steelers and Texas Tech and had a love for the outdoors.  He frequently took his grandson fishing and to feed the ducks. He was a father figure to his nephew and will always be remembered for his love of family.

He is preceded in death by his grandmother, Juanita Sanchez

To order memorial trees or send flowers to the family in memory of David Bryant, please visit our flower store.