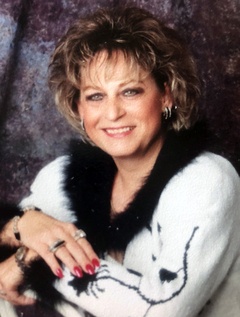 Cindy Powell Pack, 64, passed away Thursday, June 28, 2018 surrounded by family following a bout with Alzheimer’s. She was born February 26, 1954 in Dimmit to Merton & Marzell Powell which was also her grandpa Beaver’s birthday. On the same date in 1973, Cindy was blessed with her first daughter, Stacey Whatley and they shared their birthday until her passing on April 28, 2000.

After graduating from Dimmit High School, Cindy attended South Plains College and Methodist School of Nursing earning her associates degree to become a Registered Nurse. She worked at Covenant Hospital and several home health agencies during her nursing career. She was a very loving and caring nurse to all of her patients. Cindy also had a love for horses and real country music and could often be found wherever Jodi Nix was tuning his bow!

She is survived by two daughters, Whitney Ethridge of Lubbock, Lyndsey Nichols of Sands Springs,OK; three grandchildren, Kaislynn & Kambrynn of Lubbock, Preston of Sand Springs, OK; a sister, Vickie Bennett of Lubbock; a brother, Kenny Powell of Weslaco; many nieces, nephews and cousins.

She was preceded in death by a daughter and her parents.

To order memorial trees or send flowers to the family in memory of Cindy Pack, please visit our flower store.