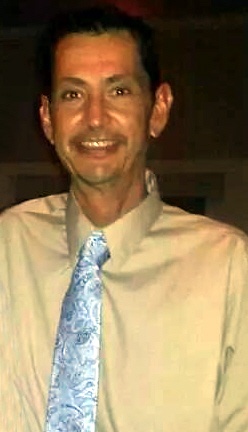 Rosary for Chris Perez, 48, of Lubbock, will be Monday, November 11, 2019 at 7 PM in The Chapel of Broadway Funeral Directors. A Funeral Mass will be celebrated 10:00 am, Tuesday, November 12, 2019 at St. Elizabeth's Catholic Church with Father Emiliano Zapata officiating. Burial will follow in The City of Lubbock Cemetery under the direction of The Broadway Funeral Directors.

Chris went to be with the Lord on Friday, November 8, 2019. He was born on November 29, 1970 in Lamesa to the late Eleanor and Richard T. Maldonado. Chris owned AAA Hail and Dent Repair and enjoyed his work as a paint less dent tech for twenty-three years. He enjoyed traveling, spending time at the lake and spending time with his nieces and nephews. Chris also enjoyed building RC trucks and boats and playing with his dogs “Shiner” and “Raider”.

He is preceded in death by his parents Eleanor G. and Richard T. Maldonado; his paternal grandparents Mary Gonzalez and Richard Garcia and by a nephew Vincent Scott Calvillo.

To order memorial trees or send flowers to the family in memory of Chris Perez, please visit our flower store.