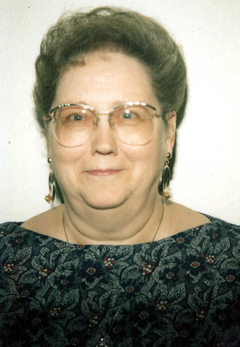 Carrie was born May 19, 1932 in Cheyenne, WY to Wilhelm & Caroline Hermann.  Carrie married Glenn Holtman in Acapulco and worked in pest control as an exterminator for many years.  She was a seamstress and enjoyed quilting, painting and spending time with her family.

She is survived by two sons, Bill & Michelle Haley of Amarillo, James Haley of Lubbock; one grandchild.

She is preceded in death by her husband, Glenn Holtman and a daughter, Nancy Taylor.

To order memorial trees or send flowers to the family in memory of Carrie Holtman, please visit our flower store.