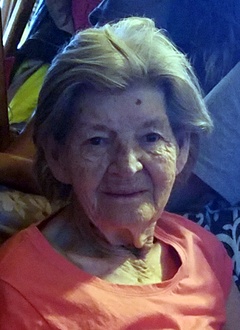 Bobbie Lou Mansker, 79 of Lubbock opened her eyes in heaven on November 17, 2017. Mrs. Mansker was born January 23, 1938 in Blandchard, Oklahoma to the late James and Eva Thompson. She married Joe Thomas Mansker on December 17, 1955 in Haskell, Texas, he preceded her on December 27, 2012. She was a member of the Baptist faith, and a homemaker. She had a passion for painting, animals and plants. She enjoyed embordering. Mrs. Mansker spent her happiest days being with her family and spending time with her grandchildren.

She is preceded in death by her loving spouse Joe Thomas Mansker; Her loving parents.

Cremation arrangements were made under the direction of Broadway Funeral Directors.

To order memorial trees or send flowers to the family in memory of Bobbie Mansker, please visit our flower store.

No services to be held