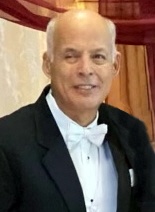 Benny Guerra, 64 was born August 16, 1956, in Slaton to Trino and Margarita Guerra.  After high school, Benny joined the United States Airforce where he served proudly for four years.  He married Josie Rodriguez on December 1, 1979, in Austin and worked as a radiologist for over thirty years. He enjoyed watching TV, cooking, baking, woodworking and was very tech savvy. He was exceptionally good at making videos and working on computers. He was a kind man who loved helping others and was always volunteering at Our Lady of Guadalupe Catholic Church in Slaton with the men’s organization.

He is preceded in death by his parents and three sisters, Elida Guerra, Minnie Guerra, and Feliz Guerra.

Services for Mr. Guerra will be 10:00 am Monday, June 21, 2021, at St. Ignatius Catholic Church in Austin, TX., with Father Felipe Campos officiating. Burial will follow in Assumption Cemetery in Austin under the direction of Broadway Funeral Directors. A rosary will be held 7:00 pm Friday, June 18, 2021, in The Chapel of Broadway Funeral Directors with visitation starting at 11:00 am.

To order memorial trees or send flowers to the family in memory of Benny Guerra, please visit our flower store.