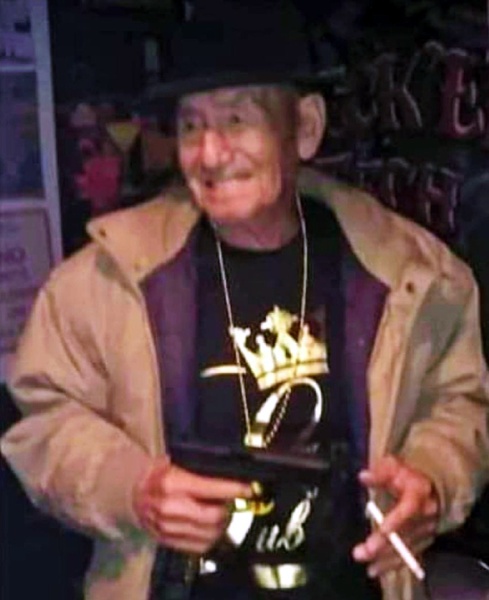 Antonio Rodriguez 83, was called home April 14, 2020. Antonio was born January 1, 1937 in San Benito, Texas to Catarino Rodriguez and Virginia Mares. As a child, he lived in San Benito, Texas and grew up there. He then lived in Aurora, Illinois till he moved to Lubbock, Texas. Antonio lived out the rest of his life in Lubbock, Texas. Antonio, during his life was employed as a machinist/factory worker. He worked at Austin Western and retired from Oasis Industries. Antonio was married to the children’s mother, Guadencia Hernandez for many years. He then married Charlene Hernandez at a later date. He was a good man to family and friends. He spoke his mind, loved to travel, he enjoyed collecting guns and knives. He enjoyed being with the family for gatherings and listening to music, drinking, eating, and to make a memory with each of us as much as possible. Antonio was a role model to all who knew him, and he was very strong in body and mind. Each of us who knew him will have fond memories.

His family lives in Texas and Illinois. He loved to be with family in both places.

The Rodriguez family would like to thank all who visit and share in this time with us.

Services will be scheduled at a later date, after pandemic is over, where his ashes will be buried with his son, "Big Tony".

Please remember Antonio with smiles and laughter, for he will be looking down on and watching over us all. If you remember him with tears, let them be tears of joy.

When I come to the end of my journey

And I travel my last weary mile

Just forget if you can, that I ever frowned

And remember only the smiles.

Forget unkind words I have spoken

Remember some good I have done

Forget that I ever had heartache

And remember I’ve had loads of fun.

Forget that I’ve stumbled and blundered

And sometimes fell by the way

Remember I have fought some hard battles and won, ere the close of the day.

Then forget to grieve for my going

I would not have you sad for a day

But in summer just gather some flowers

And remember the place where I lay.

Stand for a few moments beside me

And remember only my best.

To order memorial trees or send flowers to the family in memory of Antonio Rodriguez, please visit our flower store.