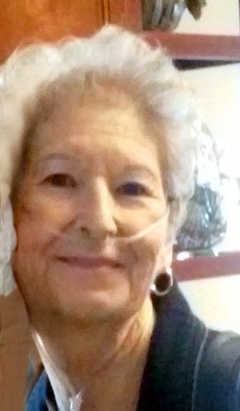 Funeral services for Ann Jackson, 71 of Ruidoso, NM and formerly of Brownfield will be Thursday at 10:00 a.m., in The Chapel at Broadway Funeral Directors with Pastor John Murdoch of Christian Life Assembly of God officiating.  Burial will follow in Grassland Cemetery.  The family will receive friends on Wednesday, December 6, 2017 from 5 p.m. to 7 p.m. at the funeral home.

Ann passed away December 2, 2017 at her residence in Ruidoso, NM. She was born January 13, 1946 in Dekalb, TX to J.N. and Irene Drake. On March 18, 1966, Ann married her loving spouse of fifty-one years in Brownfield. They lived in Brownfield and later moved to Ruidoso.  She worked as a sales clerk for Franklin’s Department Store and Bayless Jewelers in Brownfield. Also working many years for ABC Bank in Wolfforth and Prosperity Bank. Most recently she managed Pine Cliff Village in Ruidoso.  She was a member of The Lincoln County Sheriff’s Posse.

To order memorial trees or send flowers to the family in memory of Ann Jackson, please visit our flower store.