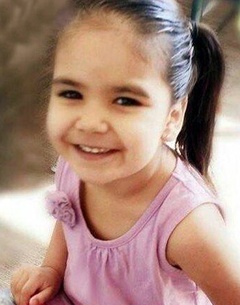 Alyrah was born August 14, 2011 in Lubbock to Isaac Sanchez & Andrea Rivera.  She loved horses, singing, dancing, and taking care of her baby dolls.  She was a sparkle of joy that shined brighter than many and she was taken from this world at too early of an age.   Although she was just a child; her smile & personality will be something that will live on in the memory of those who loved her so.

To order memorial trees or send flowers to the family in memory of Alyrah Sanchez, please visit our flower store.