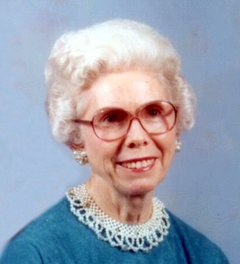 Alice was born May 8, 1923 in Farwell to Homer & Lois Mccoy. After graduating high school, she married the late Alvis Burge on April 22, 1942 in El Paso.  She worked as a teller for The Muleshoe State Bank for many years and attended the Muleshoe Church of Christ.  She moved to Lubbock in 1991 and became a member of Monterey Church of Christ.  She was a God-fearing woman that loved her family and enjoyed spending time with her children and grandchildren.

To order memorial trees or send flowers to the family in memory of Alice Burge, please visit our flower store.