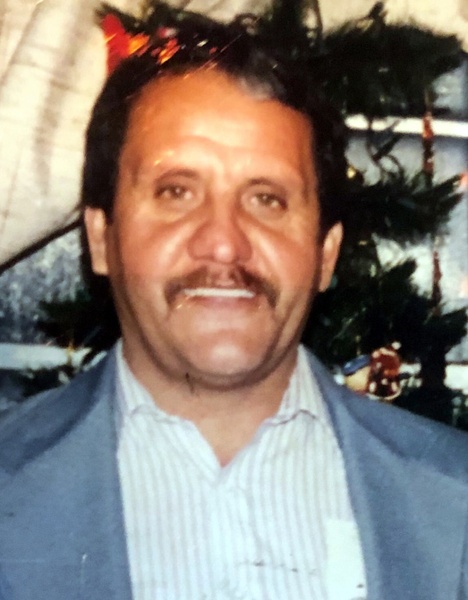 
Services for Alberto “Lito” Trevino, 69 of Lubbock will be Monday, May 11, 2020 at 1:00 PM at Broadway Funeral Directors-Lubbock with burial following in the City of Lubbock Cemetery with Pastor Stormy Swann officiating. Viewing will begin on Sunday, May 10, 2020 from 10 am-6pm at Broadway Funeral Directors-Lubbock. Arrangements were made under the direction of Broadway Funeral Directors.
Alberto went to be with the Lord on Wednesday, May 6, 2020. He was born on February 23, 1951 in Brownsville, TX to the late Pedro and Stella Trevino. Alberto was a devoted Christian. A hard worker all his life, he could build and fix just about anything. He worked as a carpet layer in the Trevino Carpet business for numerous years. Alberto found the time to play in the band “Conjunto Estrella” not only as lead singer but also played the accordion and the guitar.  Apart from life keeping him busy, Alberto enjoyed being in the company of his friends and family.
He is preceded in death by his parents and by a son Albert Trevino Jr. (January 14, 2017).
Survivors include his three daughters, Janette Rojas and husband Jesus, Kimberly Hernandez and husband David and Jennifer Trevino all from Lubbock; two brothers, Noe Trevino and Lupe Trevino both of Lubbock; one sister Margie Trevino of Lubbock; thirteen grandchildren; six great grandchildren.

To order memorial trees or send flowers to the family in memory of Alberto Trevino, please visit our flower store.